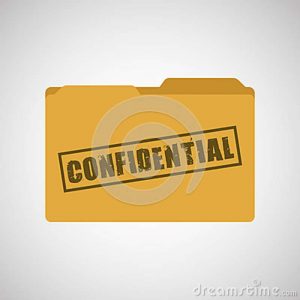 OSCAR had been very concerned about the number of confidential items in Council meetings and in particular the apparent overuse of these by the SCRC in the past.

We acknowledge, however, that there are good recent signs that this problem is being rectified in the case of the SCRC and hope this continues into the future. The unanimous support of councillors in the SCRC for a Review of the Classification and Management of Council Information at the January 2021 Ordinary Meeting is a welcome initiative and we will monitor, with interest, the outcome of this review.

The figures below document the number of confidential items in Noosa and Sunshine Coast meetings and do not take account of actions by either council to release confidential details and/or reports after the decision has been made – something OSCAR applauds.

Noosa Council now publishes a summary of all its confidential items which can be viewed on the Council’s website. This is an excellent initiative and also provides more detail on why an item was deemed to be considered in closed session and whether reports were made available post the decision.

The legislation that governs the use of closed sessions in council meetings is contained in Section 254J of the Local Government Regulations 2012.

(2) A committee of a local government may resolve that all or part of a meeting of the committee be closed to the public.

(5) A resolution that a local government meeting be closed must—

(a) state the matter mentioned in subsection (3) that is to be discussed; and

(b) include an overview of what is to be discussed while the meeting is closed.

OSCAR believes this regulation is still too general and allows councils far too much latitude in terms of what they deem appropriate to be considered in closed sessions. The notion that councils may resolve to close a meeting to the public is too often interpreted incorrectly (but deliberately) as will resolve.

This results in a lack of transparency and places the interests of councils themselves and those of commercial organisations above the rightful interests of the community in general and ratepayers in particular.

(a)  transparent and effective processes, and decision-making in the public interest; and
(b)  sustainable development and management of assets and infrastructure, and delivery of effective services; and
(c)  democratic representation, social inclusion and meaningful community engagement; and
(d)  good governance of, and by, local government; and
(e)  ethical and legal behaviour of councillors and local government employees.

OSCAR will continue to advocate with our councils and with the State government in order to achieve further reform on this issue; we believe there is a need for a resetting of the balance between genuine situations where confidentiality may be appropriate and the legitimate rights of the community to know how their councils are acting on their behalf.

We believe overuse of closed sessions inevitable creates a “culture of secrecy” around key council activities and undermines the confidence of the community that the actions of councils are in fact in the best interests of the community they serve.