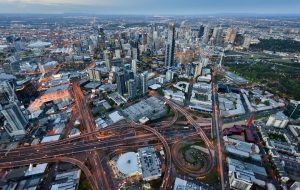 In its annual list of top priority projects, the statutory body has also named the reliability of the electricity network and rolling out electric vehicle fast charging sites as among worthy initiatives.

Congestion-busting updates to national transport networks and regional and urban roads are among the selected projects.

The report warns that without suitable investment and management the cost of urban congestion in Australia could rise from $13.7 billion in 2011 to $53.3 billion in 2031.

A road network optimisation program focusing on managing congestion through technologies like traffic optimisation and intersection treatment should be rolled out in the next five years, the report says.

The development of a corridor between Melbourne, Sydney and Brisbane to provide for a high-speed rail should also be completed in the next five years to improve mobility between states, Infrastructure Australia says.

The report also advocates addressing the 55 per cent of road fatalities occurring in regional Australia through targeted infrastructure improvements like alignment corrections and safety barriers.

With demand for freight task expected to increase by 86 per cent over the next 15 years, Infrastructure Australia wants the National Freight and Supply Chain Strategy to be finalised in the next five years to guide future investment.

The priority list provides for the roll-out of a national fast-charging network for electric cars within the next five years.

Boosting the reliability of the national electricity market was also listed a priority in the next five to 15 years, with the report identifying the need for new and increased transfer capacity between regions, and network access to energy and renewable energy sources.

In Queensland and Western Australia, the Brisbane Metro and Metronet were identified, while in South Australia Adelaide’s North-South Corridor and the Gawler Rail Line electrification were included.