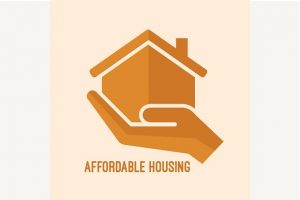 A commonly held view is that changing planning rules could significantly increase housing supply and hence make housing more affordable. Recent commentary, including in The Conversation, repeats this. It’s a view that glosses over the special features of land, which allow property developers to control housing supply to a significant extent.

To understand what’s going on, we need to look at why land makes the housing market different from any other.

Economic theory and the special features of land

Land has special features that other goods don’t usually have. The most fundamental of these features is fixed location.

What’s more, land does not physically degrade over time. As a result, it doesn’t have to be sold but instead can be withheld from sale without financial cost.

These features are important when considering the application of standard supply-demand theory to housing markets.

Economic theory says increasing the supply of a good will lower the price for a given level of demand. Like a lot of economic theory, this is based on simplifying assumptions. The following assumptions are particularly relevant when considering land:

However, we know that land is not homogeneous. Location is particularly important.

And property developers generally have much more knowledge of the market than individual buyers, potentially giving developers undue influence.

The capacity of developers to withhold land from sale and the fact that new developers wanting to enter the market face significant barriers – importantly the financial capacity to hold back land when demand and sales are reduced – are also at odds with the assumptions of supply-demand theory.

UK economist Josh Ryan-Collins notes that current economic theory does not differentiate between land and capital (such as machinery). This may well be one of the main reasons the special features of land are often overlooked in discussions about housing supply.

Read more:
Why rents, not property prices, are best to assess housing supply and need-driven demand

In the past, governments developed more housing directly, but over the past 20-30 years the role of government has been mainly to enable private developers to provide housing.

Governments may release enough land for the expected population, but private developers decide how much housing is offered for sale at any time. It’s no secret that, for larger residential estates in particular, demand dictates the rate at which lots are released to market. This is a logical business strategy, but much of the commentary on housing supply fails to acknowledge this.

In the Gold Coast region, for example, where a relatively small number of larger estates provide most of the new residential land, the median price of vacant residential land has remained remarkably stable since the GFC despite large fluctuations in the number of sales. This suggests something other than the standard supply-demand theory is operating.

As noted above, developers of new estates in outer areas can “drip-feed” the market to keep prices up.

For new apartments in established suburbs, off-the-plan sales allow developers to test the market before building. If interest in the apartments at prices set by the developer is insufficient, the project will not go ahead. Of course, there can still be an oversupply of apartments if future demand is overestimated.

Read more:
Australia’s almost a world leader in home building, so that isn’t a fix for affordability

Markets for residential land are distorted by three main factors:

This means that changing planning rules is unlikely to make much difference to housing supply or affordability. Housing supply can’t readily be increased without direct government construction. Even then developers will be likely to respond by restricting overall housing supply if they can.

Therefore, policy that focuses on managing demand factors offers much more hope of improving housing affordability than do changes to planning rules.