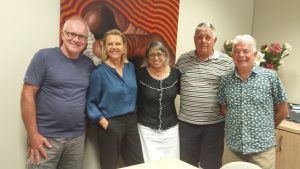 OSCAR members Greg Smith, Gillian Hall and Tony Gibson along with Adrian Williams, President of the Noosa Shire Residents & Ratepayers Association, had the pleasure of meeting with the new Independent member for Noosa on 31 January 2018.

Sandy made us feel very welcome and was most generous with her time. We had a productive discussion on issues of mutual interest. She outlined some of her priorities for Noosa and we were able to raise some of our concerns about local governance. We believe Sandy, given her experience in Local Government, and based on the answers she provided to our Candidate Survey during the State election campaign last year, can play an important role at a state level in the area of local government reform.

NOTE: This is the first of a number of meetings we hope to organize with all the newly elected State members of Parliament. 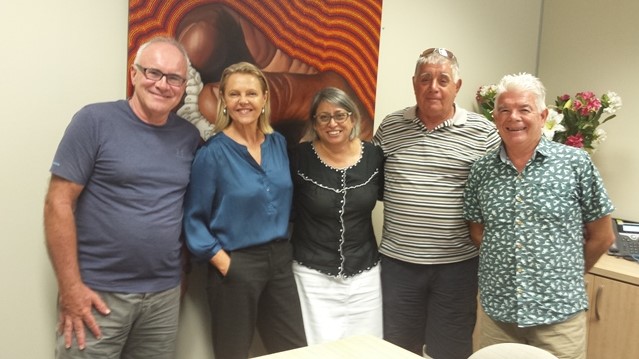 The artist has been kind enough to provide us with the following information about this striking work:

For over 2000 generations the First Nation’s people lived sustainably and in harmony within the land and the environment that surrounded them. Recognising that the land and all livings beings weren’t at our disposal as something to be tamed or controlled. Rather living with the truth that they were all part of a “whole” coexisting in a relationship with the animals and all life around them within the continual cycle of life and death.

There is a deep respect and wholesome intention in any life that is taken to sustain another’s – for we are not separate from any other. We are not having a life – We ARE life.