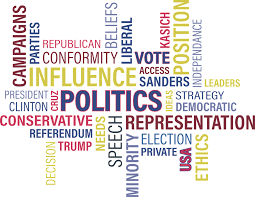 A growing chorus of experts and bureaucrats are calling on governments to introduce more robust and transparent processes for selecting major public works.

The Commonwealth should stop giving infrastructure funding to the states unless they prepare a full business case to be evaluated by Infrastructure Australia and then tabled in parliament, analysts at the Grattan Institute have recommended.

The business cases for projects over $50 million need to receive a “reliability rating” from Infrastructure Australia, while state transport departments should put more resources into identifying “modest-sized” transport infrastructure proposals with higher net benefits than large projects, they say.

Their proposals, outlined in the report Remarkably adaptive: Australian cities in a time of growth, released last week, are among the latest to highlight the need for more transparent and robust infrastructure planning and evaluation in Australia.

The Grattan analysts also recommend that the Commonwealth ask Infrastructure Australia to develop “more realistic assumptions for cost benefit analysis”, and to review and make public the benefits and costs of projects after their completion.

“Governments should not announce any projects before rigorously establishing their net benefits to the community,” the report’s authors said.

Dr Cameron Gordon, a researcher on infrastructure investment at the University of Canberra, says a key issue is the inconsistency in how the states evaluate infrastructure proposals, particularly with politically important projects that are approved even when the business case doesn’t stack up.

Dr Gordon said he supported the Grattan Institute’s recommendations for business cases and post-completion evaluations to be published.

“This is public money, or public-private money, so we should have greater transparency,” he told Government News.

“We often don’t have a lot of evaluation after these projects are built which means we’re not learning what worked or didn’t work, whether we need to do something different next time,” said Dr Gordon, who was previously a public servant in the US.

Last month, Christopher Standen, a transport analyst at the University of Sydney, estimated that the NSW Government had sunk more than $23 billion worth of cash, public assets, enabling works and incentives into WestConnex.

He slammed the government’s decision to sell 51 per cent of the motorway scheme as “the biggest misuse of public funds for corporate gain in Australia’s history.”

Significantly, the former head of Infrastructure Australia, Philip Davies, is also among those to criticise how governments choose and deliver infrastructure projects.

“Early stage announcements” by governments and oppositions across Australia remain “a concern,” according to Mr Davies, who stepped down as the body’s CEO in June.

“After three years in the job, my observation is that governments and oppositions need to be more disciplined around proper planning, evaluating all available options, and seeking the solutions with positive cost-benefit ratio prior to a funding announcement,” Mr Davies said in an outgoing address.

Mr Davies said project funding should be conditional on identifying the best solution through a proper business case.

“Otherwise we get the wrong projects or gold-plated projects, and we deny vital funding to other worthier investments.”

He called for a “national settlement plan” as well as long-term integrated state planning to improve how governments select and deliver infrastructure projects.

Likewise, a parliamentary report released last month found that Australia needs a national plan for the growth of cities and regions, which would be overseen by a senior minister and new COAG council.

The committee made 37 recommendations addressing issues at national, regional and local level to bring about greater coordination in the planning and delivery of infrastructure.

Dr Gordon says that authorities could incentivise local and state governments to undertake more robust planning that would meet basic specifications, but he cautioned that planning itself is no panacea for shielding decision-making from politics.

“Yes we should have better, more consistent planning that is based on certain principles and comes with greater transparency, but planning doesn’t mean you eliminate politics; we have to make sure we have the right culture and personnel around it.”