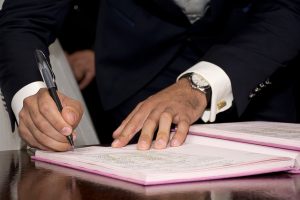 “The Powerful Mayor Syndrome” is seriously hampering good governance throughout Queensland.  Cairns MP, and one time Councillor Rob Pyne, is calling for an Independent Inquiry into local government corruption in Queensland.

In an unprecedented move Mr Pyne has tabled documents in Parliament alleging misconduct, corruption, breaches of the Local Government Act, bullying and harassment in some of Queensland’s Regional Councils.

Mr Pyne alleges the documents he has tabled clearly demonstrate:

An attempt to instigate an Independent Inquiry into the effectiveness, functionality & integrity of the large Regional Councils resulting from the forced mergers foisted onto the public by the ALP Government in 2008 has, to date, fallen on deaf ALP ears.

Member groups of the Queensland Local Government Reform Alliance (QLGRA) have become deeply concerned about the state of Queensland’s Regional Councils, especially since the LNP failed to correct the problems during their term in government.

The Governments amendments in 2012 to the Local Government Act inadvertently exacerbated the problems created by the 2008 amalgamations and resulted in what is now commonly known as the Powerful Mayor syndrome.

QLGRA expresses strong support for Rob Pyne’s calls for an inquiry and urges the government to right the wrongs committed in 2008 and 2012 respectively. This is a state wide issue that needs bipartisan action now.  A local government review and reform is long overdue.