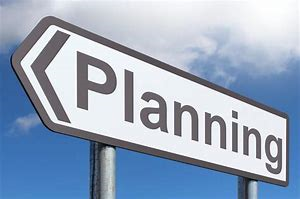 Retired rural planner Howard Briggs, who helped draft the first regional plan for southeast Queensland, outlines where he believes it has gone wrong.

Any development should be based on facts and be in the public interest. Development needs to be suitable for a site. If not, an alternative site is needed.

Regrettably, while ultimately decided by the assessment agency, what use is made of a site is effectively determined by the development proponent.

It is appropriate that development consistent with the zoning/neighbourhood plan should be code assessable (which limits appeal and notification rights) and not impact assessable, provided there is real agreement on what is consistent.

However, it can be questioned whether development perceived by the community to be inconsistent, should have been deemed code assessable.

Unfortunately, the reasons for decisions are often inadequately explained or justified in terms understood by the community.

Since 1997, decisions made on development applications are performance based (and thus less prescriptive ‘rule based’). There also appears to have been an increased reliance on code assessable development.

Councils and state agencies have greatly reduced their technical expertise to plan and to determine a development application, leading to outsourcing.

Outsourcing can lead to a conflict of interest because the outsourcing body might be concerned unfavourable advice may preclude them from being approached in future.

Also, agencies may not have the necessary expertise to appropriately judge any advice given.

Planners are perceived, possibly unfairly, of resorting to simplistic “tick a box” assessments rather than a practical appreciation of what is reasonable and likely to work.

Lack of knowledge of the planning system by the public (including politicians) means they leave it to others to handle, and don’t provide the necessary oversight.

I believe this lack of understanding is making it difficult for both planners to do their job, and for planning to meet the community’s expectations.

Planners appear to have a poor appreciation of community expectations and appear to believe they are the best to judge what the community needs.

It is time for planners, state and local governments and informed members of the community to work together to draft legislation with policies and processes that meet the public interest.