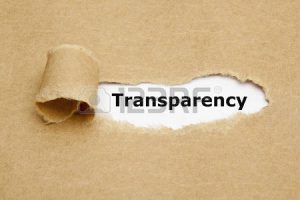 The Sunshine Coast Regional Council has been called on to improve transparency into the dealings of its SunCentral Maroochydore CBD development.

“We perceive this measure will enable the community to assess the performance of the entity and more generally reflect the fostering of good governance practices in the council,” the audit office recommendation read.

It was part of an audit report due to be presented to councillors at today’s meeting.

The 53-hectare SunCentral development company is governed by an independent board of directors and led by CEO John Knaggs.

A Sunshine Coast Council spokeswoman said the recommendation was simply a suggested business improvement opportunity the council would discuss with the company at a mutually convenient time.  “There is no legislative requirement for the company’s audited financial statements to be published,” the spokeswoman said. She said SunCentral was also audited by Queensland Audit Office. “All costs associated with the Maroochydore city centre project are consolidated within council’s statements and disclosed accordingly, including payments to SunCentral Maroochydore Pty Ltd for operational costs.

OSCAR is not encouraged by the response from the Council and urges the Sunshine Coast Regional Council to adopt the recommendation of the Queensland Audit Office as a matter of urgency.

OSCAR has previously raised the issue of transparency in the Council’s dealings with SunCentral. In a letter to the Deputy Premier about the recent Planning Scheme amendments we said this about SunCentral:

“While we have no reason to question the integrity of the Board or the CEO of SunCentral we question the probity of lack of disclosure to the “shareholders” of this entity, the ratepayers of the SCRC, if decisions are made in confidential session with no access to the material that informed the decision to amend the Planning Scheme in this case.

We would urge you to ensure that the decision of the SCRC is above reproach and instruct it to make all information relating to amendments that have a material impact on the development of the Maroochydore CBD fully accessible. The Council has a duty of care to ratepayers to not only act with absolute probity, but be seen to do so; this can only occur in a climate of full disclosure of relevant information.”

We believe this climate of disclosure should apply to all aspects of the relationship between Council and SunCentral.