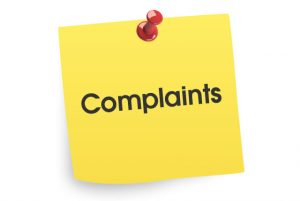 The Palaszczuk Government will introduce an Independent Assessor to consider all complaints against councillors, in a further move to reform local government.

The new measure is one of 50 recommendations to be adopted, supported in-part or supported in principle from the Councillor Complaints Review, conducted by an independent three-person panel earlier this year.

Minister for Local Government and Minister for Aboriginal and Torres Strait Islander Partnerships Mark Furner – who tabled the report and Government response at a Budget Estimates Hearing tonight – said the proposed changes were aimed at ensuring public confidence in the councillor complaints system.

“The Palaszczuk Government proposes to give the Independent Assessor significant powers to assess and prosecute complaints,” Mr Furner said.

“Importantly under the model identified, the Independent Assessor will also be able to dismiss or prosecute frivolous, vexatious or out-of-time complaints.

“It would also be an offence for an accused councillor to attempt or take a reprisal against an employee or another councillor who makes a complaint of misconduct.

Mr Furner said a new, mandatory, uniform Code of Conduct that sets out acceptable standards of behaviour for elected councillors is also proposed.

“I want councillors who bring down the standard of those hard working elected representatives around the state, to be held accountable for their actions,” Mr Furner said.

“The proposed changes are part of a suite of measures that are addressing integrity and accountability issues in local government in Queensland.

“As elected representatives, councillors and mayors should be held to the highest possible standards of ethical and legal behaviour.”

The Independent Assessor would receive all complaints, then categorise, investigate and, if necessary, prosecute complaints.

A Tribunal would deal with misconduct matters, while allegations of inappropriate conduct would be dealt with by councils.

Corrupt conduct would still be referred to the Crime and Corruption Commission.

“The current system is overly confusing. It is difficult to navigate,” Mr Furner said.

“Having the Independent Assessor make the preliminary assessment in all circumstances – other than corrupt conduct matters which must be referred to the CCC – will simplify the process and reduce duplication and red tape.”

The Government will consult widely with Councils and peak bodies such as the LGAQ on the proposed new laws over coming months.

The Ipswich mayoral by-election and the Boulia by-election will be the first local government elections to adhere to new electoral donations laws.