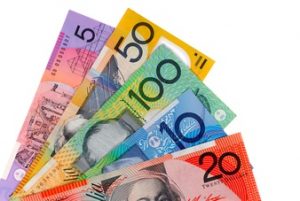 This article by Bill Hoffman in the Sunshine Coast Daily on 21 March 2016 remains just as relevant today:

Mr Wellington is the Speaker of the House and holds a significant balance of power in a parliament, with his support ensuring Ms Palaszczuk can govern.

He made electoral reform a key element of his exchange of letters in early 2015 which gave Labor government.

Mr Wellington said serious concerns had been raised ahead of Saturday’s vote about the influence of the development sector in growth areas of the south-east corner.

He said he would seek to have the electoral act amended to require mayors and councillors to leave the room whenever votes or discussions took place in relation to parties who donate to their campaigns.

“They should not participate in any debate or any discussion with that party,” he said.

And Mr Wellington said candidates should not be allowed to simply say they have been at arm’s length and don’t know who donated to them.

At present councillors and mayors are expected to declare an interest and absent themselves during a vote on a matter a donor is involved in.

Reader poll
Should mayors and councillors be excluded from discussions involving developers who have supported them?

Mr Wellington will urge Local Government Minister Jackie Trad to make amendments to ensure it is mandatory for all votes and all discussions involving a donor including where the donor is a lobbyist representing a developer interest before a council.

Sunshine Coast residents’ group OSCAR ran a disclosure site for candidates to declare their donors ahead of the March 19 poll. It received support and brings pressure on the State Government to adopt the recommendations of the Crime and Corruption Commission in December last year for real time disclosure of campaign donations.

OSCAR wants to go further and has called for a ban from all developers, unions and other organisations under a “if you can’t vote you can’t donate” approach that would also cap contributions at $5000.

“We all know that windfall profits can be made by developers if they receive the approvals they want from the council. It is therefore important for public confidence that any perception of developer influence on Council decisions be removed,” OSCAR president Ian Christesen said.

“Should councillors declare an interest when a new planning scheme is being prepared and some of their donors may benefit from changes?

“What if a number of councillors received donations from the same developer and all left the meeting not allowing for a quorum?

“When a registered lobbyist employed by a developer donates to a candidate campaign but the developer itself hasn’t donated should an interest be declared?”

Mr Wellington has urged all Queenslanders who share his views to take the matter up with both the State Government and their local member of State Parliament.