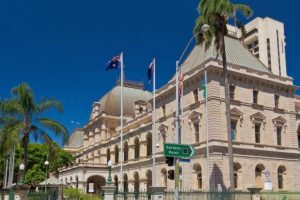 Queensland’s councils have put forward tighter transparency regulations beyond those proposed by the state’s corruption commission.

The suspension of councillors charged with an indictable offence, the mandatory registration of candidate’s interests pre-election and registration of donations and gifts for two terms are among reforms proposed by Queensland’s local governments.

The proposed measures, which also include mandatory pre-election briefings, go beyond recommendations for tackling council misconduct currently being considered by State Government.

At a meeting last week 16 members of the Local Government Association of Queensland (LGAQ)’s policy executive voted for more stringent measures on misconduct to discourage corruption within councils.

LGAQ chief Greg Hallam said that while the recommendations in the state’s Crime and Corruption Commission’s Operation Belcarra report were a “good start” they were not stringent enough. “We believe the CCC didn’t go as far as they might have in some areas and we’ve gone well beyond in some respects,” he told Government News. Mr Hallam said that the recommendations were based on areas identified as a real concern by the LGAQ through polling and research. “Views and perceptions are one thing, and the chairman of the CCC talks a lot about that, but we’re trying to deal with the reality,” he said.

Last October the Queensland Government said it endorsed all of Operation Belcarra report’s recommendations, supporting some in full and others in principle.

In the coming weeks the Queensland Parliament will debate a bill enacting some of the Belcarra recommendations, after a parliamentary committee tabled its report last week.

Under the recommendations in Operation Belcarra, the Electoral Commission of Queensland would be obliged to publish all declarations of interest on its website for nominated candidates, but not prospective candidates.

The LGAQ has proposed a compulsory register of interests, made public on a website, for all prospective candidates pre-election.

“There’s a perception that people don’t know the true nature of the candidacy of the people running, so we’ve said as a prerequisite for running all candidates must have a register of interest made public on a website,” Mr Hallam said.

The LGAQ has also recommended that campaign expenditure limits would be set at $2 per enrolled voter for mayoral elections and $1 for councillor elections.

The peak wants the provision of compulsory pre-election training to ensure that prospective councillors’ or mayors’ responsibilities and powers are clear at the outset.

“Unfortunately we have people who put their hand up, who don’t understand the system … and then fight the system for the balance of their term or often times they literally resign frustrated with the system,” Mr Hallam said.

The peak has proposed the introduction of a statutory provision to stand down councillors charged with an indictable offence at full remuneration until proven guilty to ensure that the presumption of innocence is safeguarded.

A community awareness campaign on local government’s planning role should be rolled out to clarify the role of council in assessing development applications, LGAQ said.

The CCC launched Operation Belcarra in March last year to investigate complaints that the conduct of candidates across several Queensland councils in 2016 amounted to corrupt conduct.

Among these complaints were that candidates had operated as undeclared groups, lodged false electoral disclosure returns and failed to operate a dedicated bank account during this disclosure period.

“The recurring nature of these issues, despite increased regulation and oversight of local government, elections and political donations over time, highlights their inherent potential to cause concerns about corruption.”

The investigation recommended a number of changes including a ban on developer donations, legislation requiring real-time disclosure of electoral expenditure and a declaration of interests by all candidates nominated including new interests and the publishing of these interests on the ECQ website.

It also called for bans on gifts seven days before elections and improved mechanisms to address conflict of interests in council decisions.