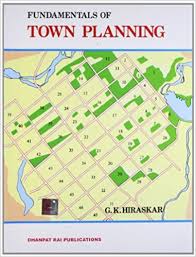 Allowing aged care and retirement facilities to be built in sport and recreation zones (in the Brisbane Council) is one step closer, but significant community consultation will be required before the amendment is given the final tick of approval.

Significant community consultation will be required before the council can allow developers to build on private sport and recreation zones like bowls and golf clubs.

On December 12, 2016, the council’s city planning chairman Julian Simmonds wrote to the state government requesting the state reviewed and approved the council’s draft major amendment to the City Plan so the council could proceed to public consultation.

On Monday, Queensland State Development Minister Cameron Dick gave the council the required approval to allow it to proceed to public consultation on the amendments but enforced extra conditions around community consultation.

“I am aware of community concern regarding this matter,” Mr Dick said.

Queensland State Development Minister Cameron Dick gave the council the required approval to allow it to proceed to public consultation on the City Plan amendments.

The state government directed the council to double the standard period of consultation to 60 business days, provide residents with detailed maps outlining the affected land and ensure the planning scheme did not compromise the sport and recreation facilities.

It is understood the condition around compromising the facilities would not allow any existing and in-use land, such as a bowling lawn, to be removed in a development.

Mr Dick said the council would submit a report to the state government once consultation was complete.

“I encourage all members of the community to have their say about this Brisbane City Council proposal,” he said.

“I will carefully consider the results of community consultation before considering approving any amendments.”

“Council thanks Minister Dick for approving these amendments and looks forward to proceeding to community consultation, which will ultimately enable council to address the important social challenge of retirement and aged care accommodation,” he said.

“Brisbane has a critical shortage of aged care and retirement living and these amendments will give council the tools it needs to ensure Brisbane residents have the choice to stay within their own communities when they retire.”

The proposed changes had been sent to the minister for approval in December 2016.

The minister wrote back to council with the approval on Monday.

Building aged care or retirement developments at bowls or golf clubs in Brisbane has already been discussed by several aged care developers who are holding off submitting development applications to the council as the amendment is yet to be approved.

In February the council said it would assess applications for the developments on privately owned sport and recreation land with or without the amendments.

Despite more than 1800 submissions opposing Retire Australia’s 94-unit retirement village at the Tarragindi Bowls Club, the council gave the development the green light on January 24, making it the first facility approved on privately owned sport and recreation land in Brisbane under the council’s incentive.

The council will now have to adhere to the state government’s conditions and submit a report on the consultation and amendments for approval.