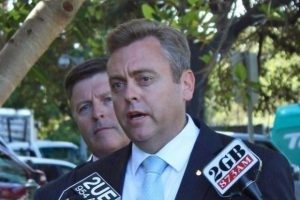 Independent Hearing and Assessment Panels (IHAP) are now mandatory for all councils in Greater Sydney and Wollongong after the Bill passed the NSW Parliament.

The NSW Government introduced the Environmental Planning and Assessment and Electoral Legislation Bill, it says, as a safeguard against corruption.

The Bill only passed in its amended version, which means that property developers and real estate agents will not be able to sit on the panels.

Minister for Planning and Housing Anthony Roberts welcomed the passing of the legislation in the Legislative Assembly after a late-night sitting in the Upper House passed the Bill.

“This is a fantastic outcome for ratepayers as IHAP bring transparency, integrity and a high degree of probity to the development application (DA) assessment process.

“These panels, which will consider applications valued at between $5 million and $30 million as well as a range of high-risk development types, will give communities and ratepayers greater certainty about planning decisions.

“Most importantly, local councils will be able to focus on preparing the strategic plans and development controls that will identify the range and location of development types for their local area.”

The community member, to be selected by the council, will represent the geographical area within the LGA of the proposed development, to provide local perspective.

IHAP members, who will be chosen by councils from a pool managed by the Department of Planning and Environment, will have to be expert in one or more of the following fields: planning, architecture, heritage, the environment, urban design, economics, traffic and transport, law, engineering, tourism, or government and public administration.

The chairperson must also have expertise in law or government and public administration.

The panel members themselves will be subject to statutory rules such as a compulsory code of conduct and operational procedures for the panels.

Local councils will still process most applications for individual houses or alterations to existing houses.

Existing independent hearing and assessment panels will continue to operate after the upcoming council elections on 9 September.

At least developers have been excluded: Labor

The NSW Labor Opposition says it has secured vital amendments to the new law, ensuring developers and real estate agents are unable to sit on new planning panels that will determine major development proposals.

Labor’s amendments, which it says were unanimously agreed to by the government and the crossbench, ensure that developers, real estate agents, and serving councillors cannot sit on any local planning panel. Decisions will also be made publicly available.

They also guarantee that members of the local planning panels will be scrutinised by ICAC, much like MPs and councillors are.

Labor has been calling for developers and real estate agents to be banned altogether from sitting on councils.

“It begs the question: if the Government is happy to admit that developers should not sit on local planning panels, why should they be allowed on councils?

“Labor calls on the Government to immediately rectify this issue – before September’s council elections.”

The Council is not happy…

Liverpool City Council has expressed its frustration at the decision by the NSW Planning Minister to strip Sydney and Wollongong councils of powers to determine developments over $5 million.

“This is a naked power grab by the NSW Government – taking the decision-making authority to shape how our communities grow and develop away from elected representatives,” Liverpool Mayor Wendy Waller said.

Mayor Waller said Liverpool was one of the first of 15 councils in the Sydney basin to establish an IHAP. Council has used this independent expert advice to improve decision-making on major planning proposals for 20 years.

“We have long understood the importance of independent assessment when it comes to planning, but Council always had the option to bring matters of significant public interest back into the hands of elected representatives,” Mayor Waller said.

“We had the checks and balances in place and they were working well.

“The only thing this power grab by the State Government achieves is that it takes decisions further away from the community at the very time when Liverpool is growing fast and residents need to have a stake in this rapid expansion.

The announcement by the NSW Government that independent planning panels will determine all development applications with a value of between more than $5 million but less than $30 million in value in Sydney and Wollongong will streamline planning in metropolitan Sydney, said the developers’ union the Urban Taskforce.

“The announcement that all local councils in Sydney and Wollongong must establish independent planning panels will make the planning process much more efficient,” said Urban Taskforce CEO Chris Johnson “The role of the elected councillors is in setting the strategic planning framework and the assessment of compliance with the framework is best undertaken by experts in the field.”

“The Urban Taskforce agrees with the Minister that mandating the Independent Planning and Assessment Panels (IHAP) will ensure a level playing field for everyone. Having a central pool of experts will also ensure effective use of resources and that all panel members have up to date knowledge of the planning rules.”

“The quality of panel members will be important to ensure they are assessing against the rules rather than becoming arbitrators trying to balance community concerns with the viability of the applicant’s proposal. Panel members must be supportive of growth that complies with the strategic plans approved by council or the state government. Having one member of the 4-person panel from the local area ensures an understanding of local issues.”