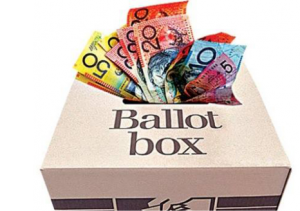 The State Government has been called upon to take immediate steps to ban political donations from property developers and associated entities at future State and Local Government elections.

The President of peak organisation OSCAR (Organisation Sunshine Coast Association of Residents), said that public perceptions of, and confidence in, the transparency and integrity of State and Local Government demands a tightening of electoral laws.

“The recent public enquiry by the State’s Crime and Corruption Commission (CCC) in complaints of aspects of the 2016 local government elections again highlights the need for reform of political donations.” said Greg Smith, president of OSCAR.

“Without pre empting the findings of the CCC enquiry, it is obvious from the submissions made, that there is significant concern about the practice of developer donations in the political process.”

The lack of transparency in political donations and the lack of limitations on who can make donations creates a perception that politicians can be bought which, in turn, reduces public trust in government.

“There is already a trust deficit when it comes to the community’s views of Federal, State and Local Government representatives”.

Planning issues and planning decisions are, without doubt, one of the most controversial aspects of Local Government. Planning issues cause more angst and more divisions in the community than probably any other single issue and community concerns over planning decisions are not helped by perceptions that developers have undue influence over planning matters.

“One way of taking the heat out of the issue would be to take developers out of the equation by removing the ability of developers to contribute to the funding of State and Local Government election campaigns and candidates as is already the situation in NSW” said Greg Smith.

“The State Government has an opportunity before the forthcoming State election to make further political reforms in keeping with community expectations.”