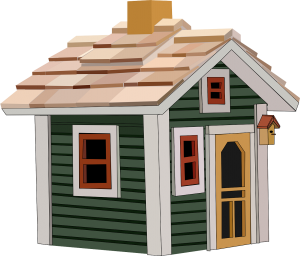 Covenants that prevent dual-key or duplexes lots and purchases by investors – is this an answer to housing affordability plus a solution to inadequate availability of parking in residential areas?

A SWATHE of land opened up for owner-occupiers has been snapped up by mostly first home buyers, highlighting how strong demand for land remains on the Coast.

He said the response to the first, 18-block stage was incredible, with about 12 blocks being snapped up within the first 3-4 weeks.

Mr Stock said there’d been plenty of inquiry from local builders looking to snap up land to build spec homes, but the development was limited to owner-occupiers only.

No dual-key, duplexes or investors were among the covenants placed on the development, and Mr Stock said the response had been warm from young families and first home buyers.

Sixteen blocks of the 18 have already sold in stage one and stage two is weeks away from having titles sorted and being marketed.

“Only two of those (in stage one) people weren’t first home owners,” Mr Stock said.

After settling in January and February, Mr Stock said six people had already moved into their new homes in stage one and only three blocks were yet to have building start on them.

Mr Stock said he’d already taken five deposits on those blocks, and expected owners would pay between $200,000 and $250,000 to build their dream home on the block.

The land at Burnside appears to represent pretty good bang for buck, when compared to land sales in two other major housing developments on the Coast.

Mr Stock said it was interesting to look at the comparisons, and said more young families were shifting out to Burnside and nearby Windsor Valley estate, in search of space.

“When you look at that and look at the value in Nambour… I guess it’s interesting what reputation does,” he said, referring to Nambour’s at times less-than sterling reputation.

“A lot of first home owners are coming from anywhere on the Coast.”

There are 83 blocks in total in the Burnside Heights estate.